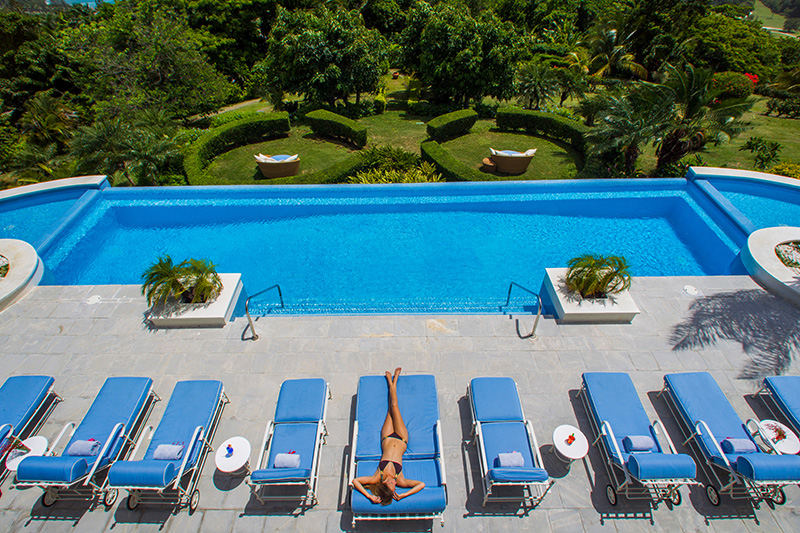 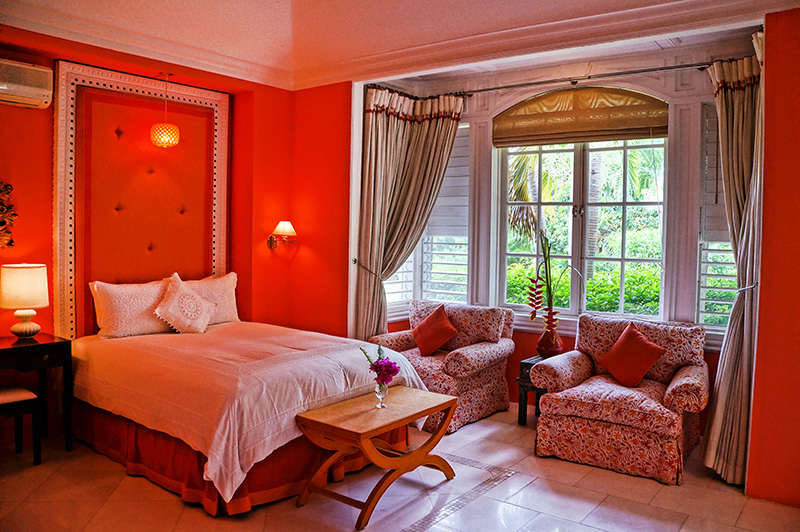 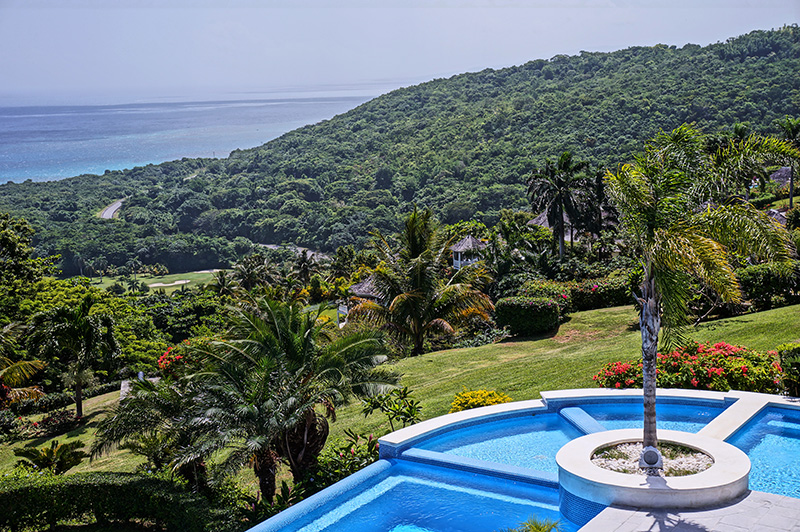 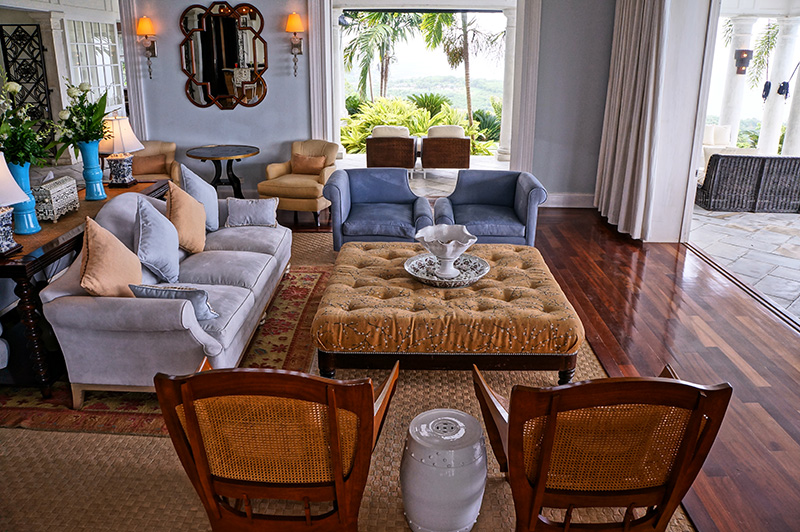 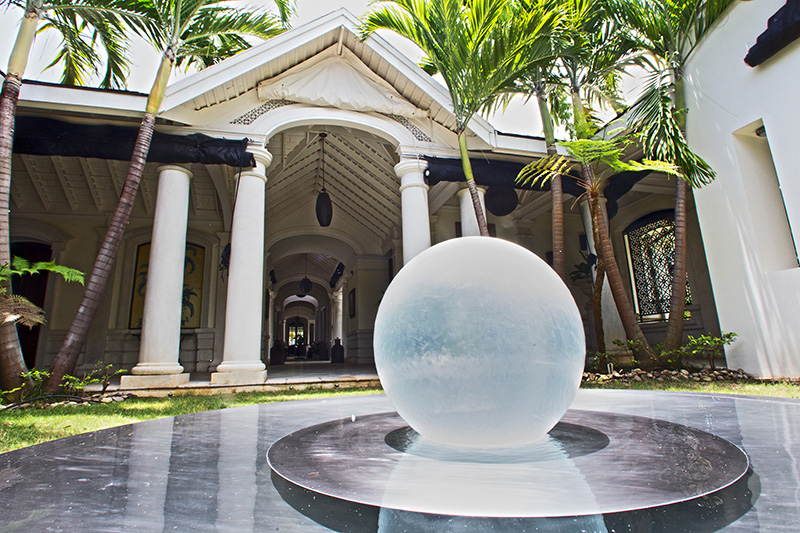 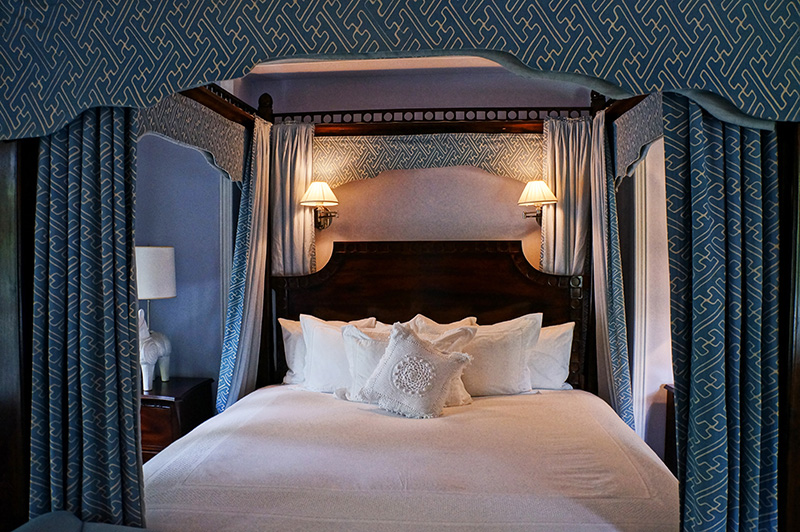 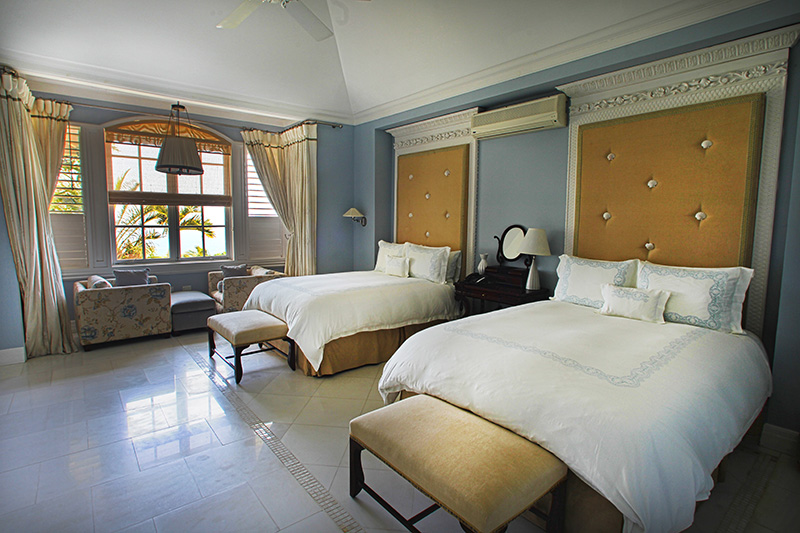 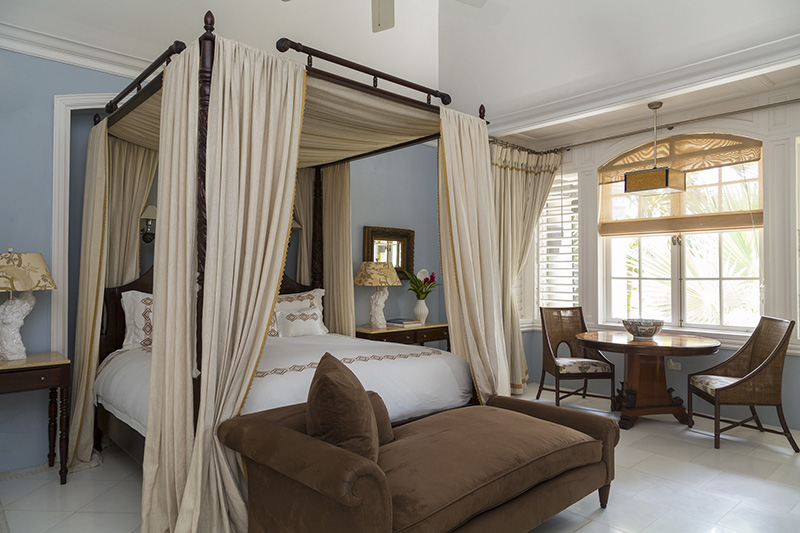 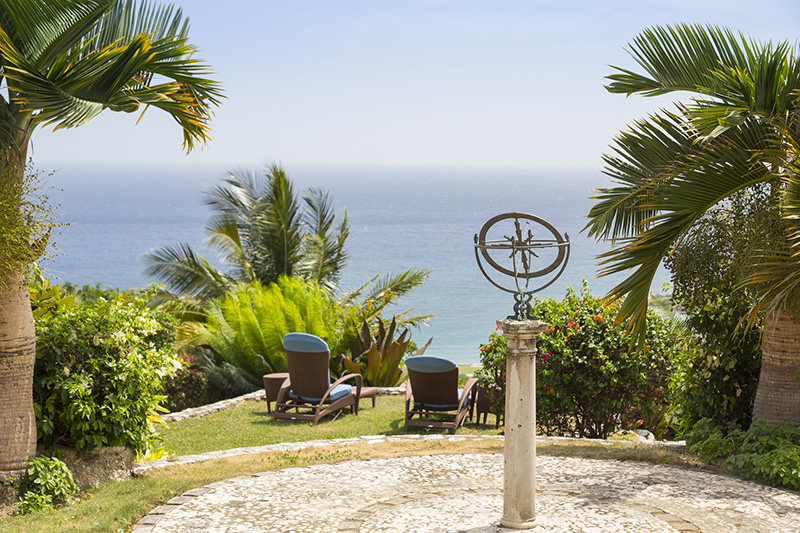 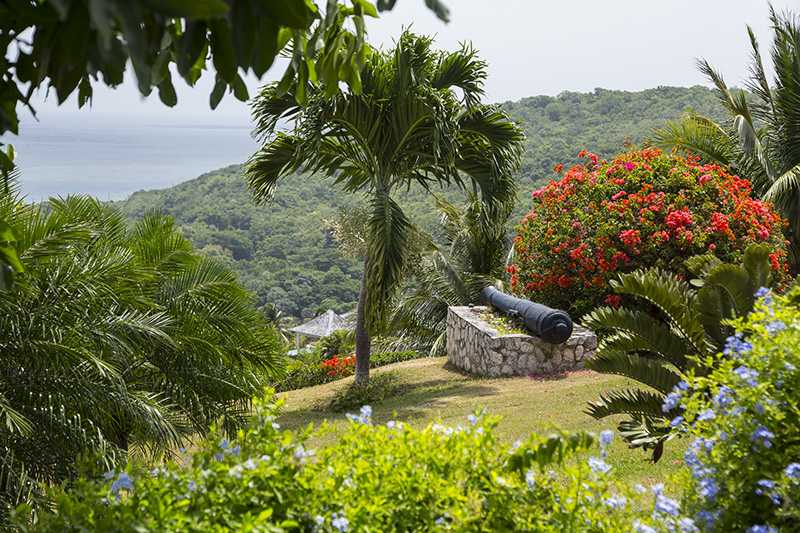 In the eighteenth century there were 488 plantations with Great Houses in Jamaica. Twin Palms is inspired by, acknowledges and pays tribute to a handful of those that have survived. It is also a house that is testament to the creativity and craftsmanship of Jamaica, whether it is the fine mahogany furniture, handsome doors, fanlights and ceilings or intricate metalwork in the form of light fittings, ornamental gates and sculpture.

Designed by Nancy Maffesantti, Twin Palms ranks as one of the most exemplary and influential feats of 20th century Caribbean architecture, juxtaposing cutting-edge design with colonial authenticity. Surrounded by ten acres of rolling, manicured lawns and expertly landscaped gardens that contain many specimen trees, Twin Palms commands a strategic position on Barnes Hill with views that take in sixty miles of varying vistas including the ocean.

The house is built on one level and the Great House influence is punctuated with accents of Rome through the graceful columns and shaded courtyards and here and there, subtle hints of a Moroccan palace. There is a seamless flow to this house that enables the breeze to constantly waft through; lofty rooms with casket ceilings enhance the sense of space; calming shades of blue, coral and splashes of red create a restful and timeless ambiance and there is the distinct awareness of the outside being brought in from wherever you look.

It is the details and attention to detail that so stimulate the senses and enlighten the eyes at Twin Palms such as the large luminescent crystal ball in the central courtyard, the exceptionally fine mahogany scallop shell backed dining chairs made by a Jamaican master carpenter, the smoothness of the tactile cooling polished stone and the mysteriousness of suspended hand-beaten lanterns.

There are seven bedrooms to choose from that are contained in three suites and approached along a columned covered walkway that leads off from the central courtyard. This clever and inspired design facilitates complete privacy enabling families or friends to adjourn to their own space. The master suite is entered through double half-glazed doors at the far end of the walkway that open to a centrally positioned sitting room. To one side there is a master bedroom and two further bedrooms on the other side. Each has a king size four poster bed and a lavish en suite bathroom. The master bathroom is notable for the large sunken circular bath tub positioned to take in the views outside as well as the adjacent work-out room. Two of the bedrooms, including the master are painted in subtle shades of powder blue and white which project the highly polished mahogany furniture to full advantage. The third bedroom has a deep coral hue that is both flattering and timeless.

Either side of the walkway are two suites, one facing north and the other south, each with two bedrooms. The entrance to each leads into a sitting room with a bedroom either side. One bedroom in each suite has a king size bed and the second bedroom has two double beds. The en suite bathrooms are of an exceptional standard and outside the sitting room of each suite are a private covered veranda furnished with sofa and chairs.

This is a house that is designed for entertaining â€“ be it on a grand or an intimate scale. The straight lines and elegant enfilade style are naturally conducive to the flow of people and there are many stylish areas where one can retreat to or congregate for private conversation, a game of backgammon or a rubber of bridge. Standing on the veranda that overlooks the seven multi-tiered pools and far-reaching views beyond, it is easy to imagine turning around and seeing Ava Gardner and Joan Crawford, Dior-clad, Martini in one hand, Sobranie cigarette in the other, corks popping from bottles of Krug, the rattle of ice in shakers and the tinkle of laughter all about.

The veranda is the centrepiece to the living space at Twin Palms, offering space to sit, a table at which to dine, a bar to sit at and a pool deck for sunning. The seven multi-tiered pools are centred by a sixty foot infinity-edge lap pool, with a children’s wading pool and whirlpools either side. Within the veranda are a series of rooms, both formal and informal. The pale blue and white drawing room has open architraves to both sides and the front; it is elegantly furnished with deep upholstered sofas and a fine Oriental lacquer cabinet. The dining room is anchored by a handsome mahogany dining table that was made locally using an exceptional length of deep mahogany that is rarely found today. From the ceiling hang three glittering chandeliers hand blown on the island of Murano in Venice and the boiserie walls are lined with silk Chinese wallpaper making the room reminiscent of the peak of eighteenth century style and elegance. Close by is the palm court and a secluded fire pit which is strategically placed to capture optimum views of the sunsets for which the parish of Hanover is so renowned.

For those who from time to time need to catch up with the international news or watch a game of sport, the media room has a large flat screen television and children have their own games room to retire to with table tennis table, foosball, television and two seating platforms upon which to read.

Your experience and time at Twin Palms will be enhanced by the nine staff which comprises a chef, houseman, housekeepers, chambermaid, laundress, gardeners and private security.

(rates subject to change without prior notice) 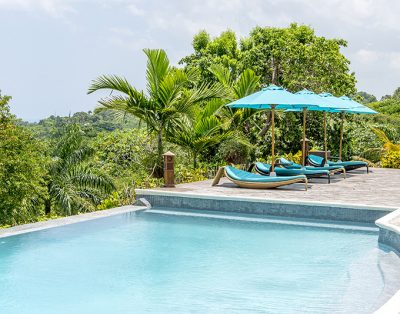 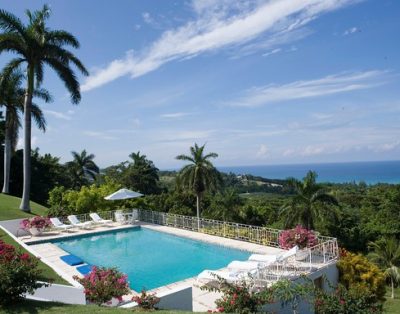 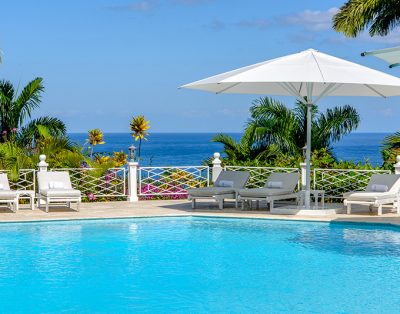 I only want to book
I want to rent my property

Review the dates and confirm your booking